If you have never heard of Julian of Norwich, allow me the honor of introducing her. Born November of 1342, she is one of the great Christian mystics. She lived in England, among the widespread plagues in of the 14th century. Many scholars believe she may have lost her family during this time. 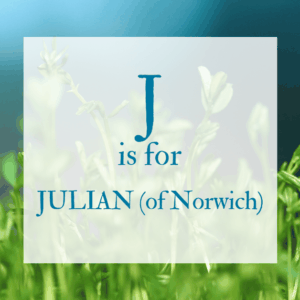 Little is actually known of her life, except for her great work, “Revelations of Divine Love.” Written in 1395, it is believed to be the earliest surviving book written in the English language by a woman. Although she minimizes herself due to a lack of education, her writing is full of deep theological truths and profound encouragement.

When Julian was 30 she experienced a life-threatening illness. Presumed to be near death, a priest was called in for “last rights.” An altar boy accompanied the priest to her bedside, carrying a large crucifix. When Julian saw the crucifix, she became transfixed, imagining that the body on the crucifix was bleeding. Over the next several hours, as she teetered between this life and the next, God gave her a series of 16 visions. These visions, or showings, as she called them, are theologically sound, yet profoundly personal.

Upon her recovery, she began recording these showings, creating what is known as the “Short Text” of her book. She spent the next 20 years expounding on what she had revealed to her, creating a fuller, more developed piece called, “Revelations of Divine Love.”

She lived in a time when religious leaders were criticizing people and blaming them for the plagues. While preachers railed that their sins were the cause of the plagues, Julian, “a simple and unlettered woman,” was sharing her visions. Visions that assured people of God’s profound love and care for them.

Here is one of my favorite excerpts:

God works in wondrous ways. Julian might not have been given these precious showings outside of her great suffering. If you’re searching for comfort in your struggles, you might take time to learn more about her “Revelations of Divine Love.” You can find the whole work as a .pdf on the internet!! Wonder what she would have thought of that? 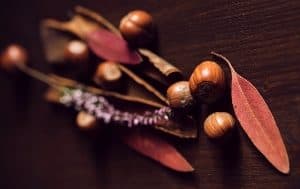 2 thoughts on “J is for JULIAN of Norwich”