“For me, reason is the natural organ of truth; but imagination is the organ of meaning.” ― C.S. Lewis, Mere Christianity

Great quote from C.S. Lewis about the importance of the imagination. I love Lewis, not because he was a great theologian, but because he had an incredible imagination. Through his imagination, he made complex ideas and thoughts, real and understandable. 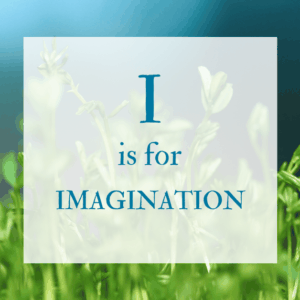 In my own study of God, little of what I read in the Bible meant much to me until I started thinking in terms of stories. Using my imagination to understand the people I found there.

I knew facts about Jesus, but He didn’t come alive until I spent time contemplating how he interacted with people. How He met each person where they were, how he treated them, how he showed them his love and acceptance.

As I started putting myself in their shoes, I gained a greater understanding of myself, and Him.

The story of the “Woman at the Well” has been a transformative story for me. I imagine how the woman must have felt. Busy with her mundane life, carrying water so that she can complete her domestic tasks. I imagine her back hurts, as does mine. I marvel at her ability to verbally spar with Jesus – and I marvel that He permits it.

Not having tools to draw water from the well, Jesus said to her, “Give me a drink.”

Knowing her lowly state in life, and that she’s usually ignored or harassed, she retorts back,

“How is it that You, being a Jew, ask a drink from me, a Samaritan Woman?”

When we hear that word Samaritan, we think on the story of the “Good Samaritan.” It’s a good thing, right? To be a Samaritan? Actually, no, it isn’t a good thing, especially to a Jew.

“If you knew the gift of God, and who is it who says to you, ‘Give me a drink,’ you would have asked Him, and He would have given you living water.”

She volleys back, I hear a bit of my own sarcasm in her response,

“Sir, You have nothing to draw with, and the well is deep. Where then do You get that living water? Are You greater than our father Jacob, who gave us the well, and drank from it himself, as well as his sons and his livestock?” She forms a solid argument.

She takes the bait,

“Sir, give me this water, that I may not thirst, nor come here to draw.” She is tired.

Their back-and-forth gives me permission to spar with Jesus about my own issues. She shows me I don’t have to be afraid to confront the contradictions I see. Through my imagination, I identify with her, and I learn about myself, and Christ.

As you work to grow Spiritually, don’t neglect your imagination. Reason and imagination are both necessary to progress in the spiritual life.

Years ago, I learned about a modality that helps sharpen your imagination to the Gospel Stories. I created a worksheet that explains the process. It’s called Ignatian Contemplation. If you’re interested in giving it a try, use the box below, and I’ll send you a copy.

PS – I recently wrote about the difference between Meditation and Contemplation, you can read that here if you missed it.