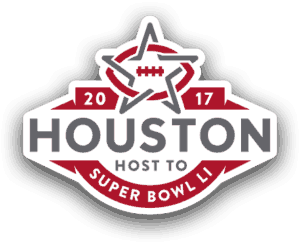 Superbowl LI is coming and many experts are making their predictions. As an expert in my field, spiritual growth, I want to offer my prediction as well.*

The Patriots are favored to win. How could they not be, as their quarterback is a four-time Superbowl winner. However, I’m going with the Atlanta Falcons. It’s a matter of loyalties, well, the loyalties of the team mascots, I mean.

Patriots are defined as a group, loyal to their country. They will vigorously support it and are prepared to defend it against enemies. Generally speaking Patriots are tied to land, it’s about a connection to something they’re a part of. Their association speaks of familial and historical connections.

Falcons are predatory birds, loyal to their trainer or “Falconer” as they are called. These birds are taught to hunt and are one of the fastest birds in flight, being timed at speeds over 200 MPH. They aren’t picky eaters, if they can see prey, and catch the prey, they will eat it, whatever it is.

The word Patriot has its roots in the Greek word for father, patēr. So the word, Patriot, actually makes a connection to something of the father, as in the “Fatherland.”

The real name of the Atlanta mascot is Falco Peregrinus – which is what falconers call them, peregrines. The word peregrine, found in Middle English from Latin, per- ‘through’ + ‘ager ‘field.’ As in traveling through a field, or wandering, a pilgrim.

Although Patriots show allegiance to a land in relation to the Father, selecting them to win is tempting, but I must go with the underdogs, the Falco Peregrinus.

A patriotic loyalty to one’s country is important, but like the Falcon, my loyalty belongs to one Person, not a country. I am not tied to the things of this world, I am just passing through.

* Please note, during your reading of this prediction be advised that, gambling is an entertainment vehicle, and with it carries a certain degree of financial risk. One should be aware of this risk, and govern themselves accordingly.
Thank You.

Enjoy this slow-motion video clip of a peregrine in flight from BBC Earth Unplugged.

Leave a Reply to Denise B Bennorth Cancel reply